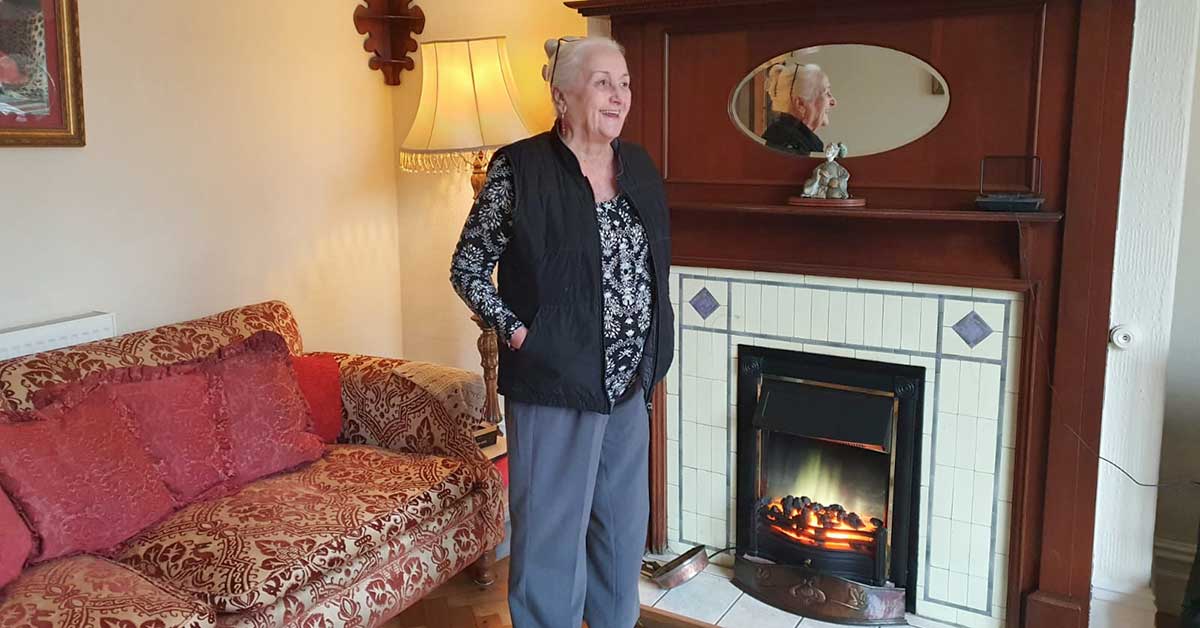 It’s the small things that matter.

She has travelled the world, but it was a local meeting in Swansea that led to former air hostess Liz being able to reconnect both nationally and internationally. After meeting Adrian Scott, our tech expert, at an afternoon of digital support and live stream of our Book Club, in the Waterfront Museum, Swansea, Liz told of the terrible problems she had been having with her mobile phone.

Adrian arranged a home visit and soon sorted out the phone issues. As a former air hostess, Liz has countless stories about her “expeditions around the world.” Once her phone was up and running Liz then wanted advice on navigating world of social media. Adrian was able to set Liz up with Facebook photos, adding contacts to her phone and email accounts.

“It was a fantastic service, I was very pleased with what Adrian was able to do for me,” she said. Liz is now part of one of our local Balanced Lives exercise groups and whenever she sees Adrian, she greets him with a very big smile. It’s the small things that matter.

Some things on social media can be very confusing, but Adrian makes sure they are never complicated.

Our first ten years. What a difference a decade...